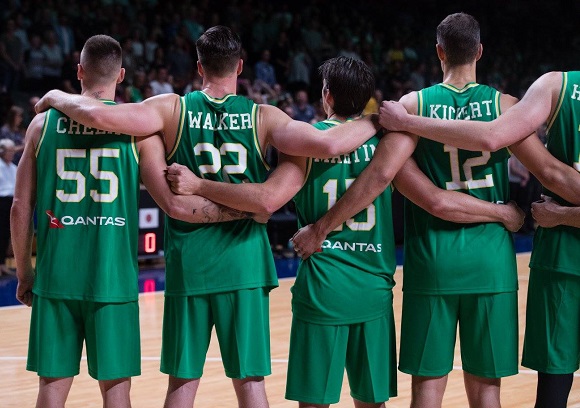 The Australian Boomers have announced their 24-man squad for the second window of the FIBA World Cup qualifiers which will be held on February 22 against the Philippines and February 25 against Chinese Taipei in Melbourne.

Following a successful first window which saw the Boomers defeat Chinese Taipei away and Japan in Adelaide, Australia now has the chance to move clear on top of Group B if they can maintain their unbeaten run in February.

The team from the Boomers’ first game of the qualifiers have been named to the latest squad while all seven Australian NBL teams are once again represented.

“The squad is selected in order to give us the best opportunity for success for the upcoming games,” said Boomers coach Andrej Lemanis.

“Continuity is important in the team, especially with the limited preparation time in the FIBA qualification windows. This is why the Asia Cup campaign was so important- it was there that we had the opportunity to build on who we are as a team and having a core group of those players available for each of the windows is key.

“In addition, current NBL form is taken into consideration, as is past performance at international level, injury status and the unique challenges of the upcoming opponents. We are fortunate to have such a depth of talent in the NBL and as always, that means some good players miss out.”

Leading up to the first game of the second window on February 22, Lemanis and his coaching staff will continue to monitor the squad’s form in the NBL as well as review and discuss the best match-ups for both opponents.

“It is important to note that under the new system, the team can change between the Philippines and Chinese Taipei games,” Lemanis said.

“This new FIBA format requires a commitment from the guys to the greater good of the national team and I’ve been humbled by the tremendous attitude and commitment every player has shown in that regard.”

A double-header in Melbourne over four days also gives Australian fans the perfect opportunity to see their Boomers in action in the most meaningful game since they qualified for the 2016 Olympics two and a half years ago.

“Representing Australia is always an honour and a privilege. For those who were in Adelaide and experienced our game live, they would have felt the passion, intensity and purity of play that international basketball brings.

“Melbourne is a basketball city with knowledgeable fans who will provide a tremendous atmosphere deserving of the Boomers. It’s always such a special experience and having the opportunity to share this with the fans in Melbourne is something I’m very much looking forward to.”

Tickets for both Boomers games against the Philippines on February 22 and Chinese Taipei on February 25 as well as two-game passes are available now via Ticketek here.