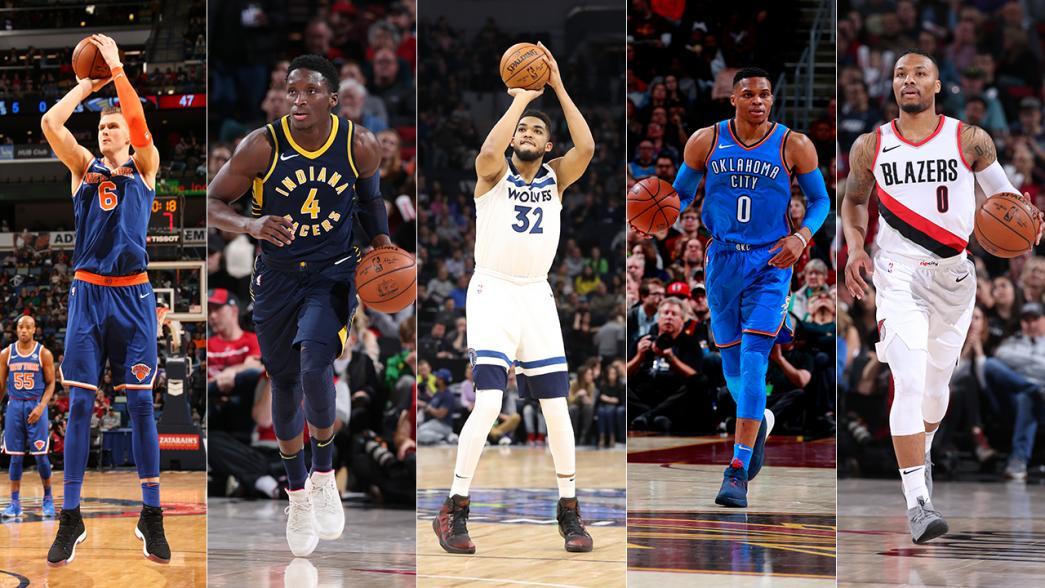 Joining Westbrook as reserves in the Western Conference player pool are LaMarcus Aldridge of the San Antonio Spurs, Jimmy Butler and Karl-Anthony Towns of the Minnesota Timberwolves, Draymond Green and Klay Thompson of the Golden State Warriors and Damian Lillard of the Portland Trail Blazers.  Towns is an All-Star for the first time.  With Green and Thompson earning spots alongside starters Stephen Curry and Kevin Durant, the Warriors are the first team to have a record-tying four All-Stars in consecutive years.

The Eastern Conference reserve pool includes three first-time All-Stars: Bradley Beal of the Washington Wizards, Victor Oladipo of the Indiana Pacers and Kristaps Porzingis of the New York Knicks.  They are joined by Al Horford of the Boston Celtics, Kevin Love of the Cleveland Cavaliers, Kyle Lowry of the Toronto Raptors and John Wall of the Wizards.

The 67th NBA All-Star Game, featuring Team LeBron vs. Team Stephen, will air on TNT and ESPN Radio.  The midseason classic will reach fans in more than 200 countries and territories in more than 40 languages.

Under the new All-Star Game format that replaces the traditional matchup between conferences, Curry and Cleveland’s LeBron James – the All-Star starter from each conference who received the most fan votes in his conference – will serve as team captains and draft the team rosters from the pool of players voted as starters and reserves.  All-Star team rosters will be unveiled on Thursday, Jan. 25 at 7 p.m. ET in a special one-hour edition of TNT NBA Tip-Off presented by Autotrader.

Curry and James will select the team rosters without regard for conference affiliation.  Each captain will choose 11 players to complete a 12-man roster.  The 2018 NBA All-Star Draft rules are as follows:

The 14 reserves were chosen by the NBA’s 30 head coaches.  The coaches voted for seven players in their respective conferences – two guards, three frontcourt players and two additional players at either position group.  They were not permitted to vote for players from their own team.

NBA Commissioner Adam Silver will select the replacement for any player unable to participate in the All-Star Game, choosing a player from the same conference as the player who is being replaced.  Silver’s selection would join the team that drafted the replaced player.  If a replaced player is a starter, the head coach of that team will choose a new starter.